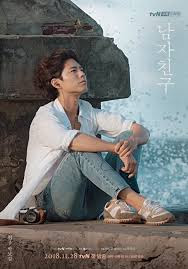 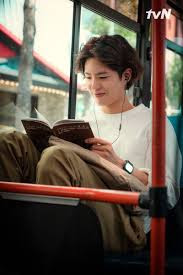 
Cha Soo-Hyun (Song Hye-Kyo) is the daughter of a politician. After she graduated from college, she married the son from a family who runs a large company. Her marriage was a marriage of convenience for her politician father. Her husband though had an affair and wanted a divorce. Cha Soo-Hyun is now a divorcee. She is the CEO of a hotel.
Kim Jin-Hyeok (Park Bo-Gum) is an ordinary young man. He tries to find a regular job and works part-time jobs in the meantime. As he closes on his 20's, Kim Jin-Hyeok decides to take a trip to Cuba. There, he meets Cha Soo-Hyun. They have a brief encounter. When he goes back to Korea, he receives a phone call from a hotel. Prior to leaving for Cuba, he had an interview at the hotel for a job. He learns that he is now hired and Cha Soo-Hyun is the CEO.
Posted by aniszcenna at 11:10 AM